Remember that precious Robert Fulghum book from a few years back--the one where he listed all the things he learned in kindergarten and then showed how they had carried him in good stead throughout life? In a folksy and fuzzy approach, he made millions by writing nonsense like "Play fair" and "Share everything" and "...no matter how old you are - when you go out into the world, it is best to hold hands and stick together."

Is this the right spot for a group vomit? If so, bend over with me now and make a big heave.

And you know how that smarmy Thomas Kinkade, Painter of Light, puts out the "art" version of Fulghum's kind of packaged, insulting nothingness--stuff that's aimed firmly at any unthinking plebe with a Mastercard? 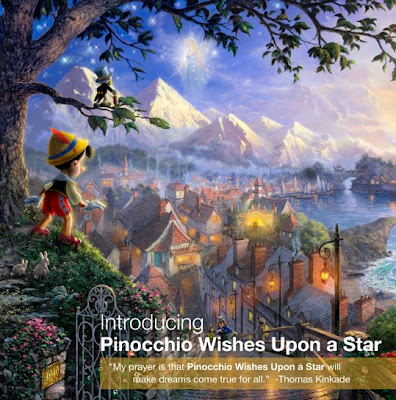 And you know how both men deserve to have their nostril hairs plucked out, slowly and painfully, by a the beak of a drunken hummingbird who keeps missing their nostrils and instead just pokes their eyes out?

Yea, like that. I resent their particular kind of mass-marketed crap in an eye-poking-outish-by-small-birdie fashion. I also kind of want to dismantle Pinocchio there and whack both guys in the testes with the wooden legs.

Thus, you can imagine my dismay when, recently (as I was carving Kinkade a third buttock out of Pinocchio's femur), I realized I had to give Fulghum, at least, some cred. His premise might have merit after all.

See, I live with a kindergartener. Watching him move throughout his days has, in fact, taught me a handful of life lessons: 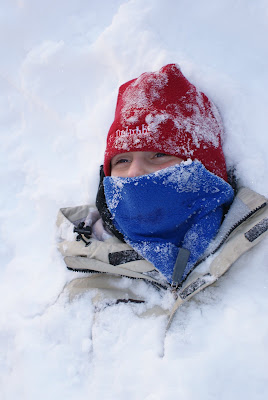 Always leave an eye slit. Even if you have a pair of pantyhose over your head or are working the door at a speakeasy, clear vision is key to a life out of the hoosegow. 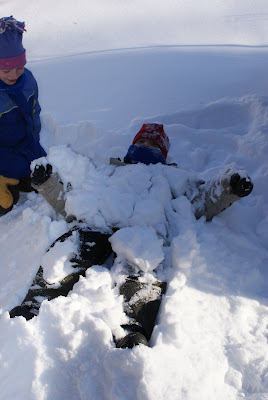 Have other people do the work while you take a rest. Construct the situation so the workers are enthusiastic about breaking a sweat while you garner all the glory. For more, see: Coldplay vs. Joe Satriani. 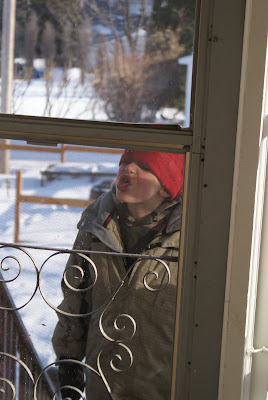 Drink with gusto and little discernment. Even if you're catching drips straight out of the gutter, don't be proud. 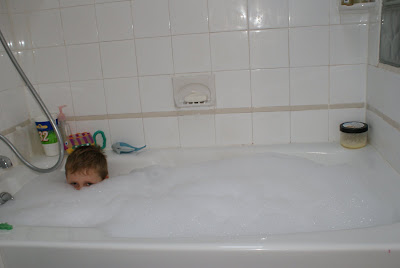 Learn to hide. Be sneaky.

So, okay. I'll back off Fulghum, to a certain extent, and will only bop lamely at his kneecaps with Pinocchio's dismembered head for a few minutes.

Kinkade, however, is getting a wooden tibia right up the pooper.
Tossed Out by Jocelyn at 4:49 PM

Now all you have to do is write a book or draw all your learning-isms and you'll be RICH! Rich I tell yoU!

Oooh, am I really the first to comment? What do I win...?

Anyway, sometimes I actually like Kinkade (I know you're going to hate me now), but that Pinnochio one looks like what was left to clean from the group barf!

Wooops, make that 2nd to post (by a minute! Sigh!). But I just had to come back and express wonder at the horribly out of proportion bunny rabbits gratuitously placed next to said Pinocchio. Ick... what was he thinking?

The Fulgrum stuff never bothered me, but Kinkade? I'll be right next to you whacking him upside the head. "Painter of light"? What do other artists paint, darkness? Sheesh.

Good work on your k'gartner.

i love it! up the pooper indeed. who does that guy think he is? spreading joy. JERK! kick in the shins.

love the eyeballs poking out of the bubbles.

Yup I'd skip the snow and dive straight into the frothy bath. That options definitely gets my vote.
Cheers

listen, you and i can play pinocchio like a wishbone then we can each use a leg to beat kinkade senseless. deal? seriously, his stuff makes me want to gouge my own eyes out with spoons.

paco, however, makes me grin ear to ear.

Pinocchio is a little creepy I've always thought...but man, I've never thought about viciously dismembering him. Oh, what vistas I have left to explore!

I think if you wrote a book with your post title it would sell like hotcakes. Durn it, I'd be buying an advance copy.

HAHA. Right up the pooper. I haven't heard that term since I was a kid. That's what my family called our private parts. Pooper encompassed all manner of ejectiles, apparently.

Now where was I? Oh yeah, you crack me up.

That was great! And so true of Kindergarteners!

After reading this post, I will never look at a Kinkaide in the same way, ever again. Nor Pinocchio either, come to think of it.
Isn't it amazing though what things WE can learn from the kindergarten kids though? Wonder if my Mom learned anything like these things from me those many years ago? Just a little food for thought there on that one.

Ah, but Fulghum's lessons and Wee Niblets lessons are so not the same...

This is a book I'd read--so long as Kincaid doesn't do the illustrating!

Kinkade brings to mind an essay about kitsch I read years ago. It's a world without sex or death- no future exchanged for an insistence on a non-existent past.

Hi,
New here.:) Your life lessons and their accompanying pictures are hilarious!:)

Flip and I have been snickering nastily about Thomas Kinkade, Painter of Light, for years. Years! We can never decide which is worse, his pretentious crap or Flip's sister's paintings which resemble Play-Doh melted over a paint-by-numbers kit.

Our former neighbor, the Dolphin Ambassador from Sedona, Arizona, was a big fan of Kinkade's, which would have killed his chances to ever adorn our walls if we hadn't already hated him with a vehemence worthy of thee.

"... both men deserve to have their nostril hairs plucked out, slowly and painfully, by a the beak of a drunken hummingbird who keeps missing their nostrils and instead just pokes their eyes out?"

HAHAHAHAHA! Is this kind of humor a result of surviving another Minnesota winter?

Ah, thank you for partnering in my cynicism-with-no-limits. And the group vomit? YES! Feels gooooood.

Ah, Pinochio... In a speech-challenged small class I had one year, one of the small children would plead with me to read the "Poky No No" story again and again. I looked at the Rumpelstiltskin title once and thought "no, I won't go there."

There's no redeeming Kinkade. None.

A ninja taught me that. A ninja with a rocket launcher and a sword made of fire and yngwie malmsteen's stratocaser. it was awesome.

i love this! and if i could be so bold as to add one of my own - never leave your dinner unattended when there is a lurcher in the vicinity...