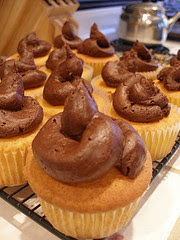 You know how, every night when you’re asleep, there’s the possibility that a mouse will crawl down your throat and suck the very breaf out of your body?

Now imagine a critter that’s 23 times as big as a mouse, one that doesn’t restrict itself to the obvious throatal orifice.

Picture Big Evil with Fangs and a Plan and a Collar, roaming loose in your house, eyeing every one of your inviting orifii and salivating.

For me, there’s no imagination required. I lived with it for five months when I was 24.

No, Chachi. It was not Anne Rice.

It was a ferret. And it was skank on wee paws; it was malignant fur that slunk through the shadows like Jack the Ripper playing Ghost in the Graveyard.

When I agreed to live with two gals in a cabin outside of Boulder, Colorado, part of the deal was that the ferret would have a cage. In my mind, that cage would be a welded thing, soldered of krypton and tooth enamel and diamonds. It would be built without an exit. It would be indestructible, and my personal safety and happiness would remain intact, unmolested.

Naturally, though, the ferret’s owner proved to be unreliable, lacking follow-through. Or, as some of her closest friends described her with a loving chuckle, she was a raving bitch-whore of a psychotic git.

Plus, sometimes, even in icy conditions, she exceeded the speed limit.

So there was no cage. The other roomie and I tried to build one when I first moved in; with great vigor, we stacked some boards, found hammers, and stretched out chicken wire. But then the ferret sat down near the nails, giving us no choice but to go out for enchiladas.

As a result, my months in that house were spent in constant mid-alert terror. I took to new heights the cliché about women going to the bathroom together, as I clung to the side of Nice Roomie, mirroring her every move. Damn, but we were jiggy when she did her step aerobics videotape. Bathtime wasn’t bad, either.

Nice Roomie served as the physical barrier between me and the Slinking Evil. If It crept near, she’d pick It up and hurl It towards the loft or lock It in the bathroom (where, surely, it sucked on our toothbrushes). As well, she’d warn me when I was about to step, unwittingly, into one of its pretzel-shaped fecal deposits—calling cards left randomly ‘round the house.

But then one day.

I came home from one of my jobs (nanny of two; taker of phone orders for personalized mail labels; administrative assistant at the National Center for Atmospheric Research), and no one else was home.

I didn’t realize this at first, but then the theme from Jaws spontaneously started playing on the stereo. Treading cautiously, afraid of trodding on an ire-filled shark in the living room, I looked around for Roy Scheider.

When neither he nor the ferret appeared, I relaxed and greeted Lakota, the wolf that also shared the cabin with us (species factoids: while wolves are terrific at killing household mice and leaving their body parts strewn around the kitchen, they are even more adept at biting in half 12 hummingbirds in one hour, should your avian-loving self hang up bird feeders on the side of the house; even better, if you let a semi-domesticated wolf out to roam the mountainside for a few hours, he just might come back from his hunt with a greasy skillet clamped in his jaws).

Ferret free and feeling modern and English, I climbed the stairs to my bedroom, humming the chorus from “I’ll Stop the World and Melt with You.” Of course, I knew the ferret was out there somewhere, and although denial can create a force field around one’s mind, it can’t actually create one around a bedroom.

In addition to the mental force field, I also created a physical defense that night, since my bedroom had no door, by stacking a heap of furniture in the doorway. There, hunkered down in my bunker, I was secure in the knowledge that no members of the polecat family, such as a fer—

HEY. WHAT THE FREAK? WHOSE LITTLE BEADY EYES, TEEMING WITH BLOODLUST, WERE PEEKING AT ME OVER TOP OF THE FUTON CHAIR THAT CAPPED THE SUMMIT OF THE PROTECTIVE FURNITURE?

I made that half-strangled noise that women make when all air exits the bosom, kind of like Pamela Anderson did when she got her implants removed. Before she had them put back in.

A beat later, full-monty-shrieks erupted, as I scanned the room for an exit. Ferret had Door. I had, ummmmm, I had…

No. Option. There I was, trapped on my bed, in full banshee mode. I threw a hairbrush at It. I hucked a pillow at It. Desperate, I whaled the clock radio at It.

What a suck of a time to throw like a girl.

Foul Fur just stood on top of the furniture, unruffled, staring at me. Slowly, though—

It focused on my rapidly-beating heart…and It began the descent, moving on tiny claws towards me, traversing the 9 feet between us…

Frantically, looking around for one last missile to lob, I tried unscrewing my head from my body. Although it remained attached, I gave myself one hell of a free spinal adjustment (bonus!).

Ever closer, the demon edged closer…

Until it stopped, squatted, and made a perfectly-symmetrical pretzel on the carpet, right next to my copy of Diane Ackerman’s A Natural History of the Senses.

I may be phobic, but I’m not entirely without wits. Two seconds of pretzel-making were long enough for me to hurdle the Evacuating Beast, dash down the stairs, and jettison out of the cabin, where I secreted my well-aligned body in the backseat of my Honda Accord and locked the doors against further assault. (As part of the ruse they perpetuate on humanity, ferrets like to pretend they can’t handle keys with their little feet)

In the car, crumpled and wan, I slept until 3 a.m., at which time I was jarred to wakefulness by the bewildered faces of my drunken roommates staring at me through the hatchback.

Woefully, that’s my last memory of those two ladies. After assuring me the coast was clear, they went in the house, cranked some aspirin and Vitamin B, tussled into some jammies, and hit their beds.

Whereupon the ferret crawled down their throats and stole the very breaf from their bodies.

Me? I went and got an oil change at the all-night Lift ‘N Lube.
Tossed Out by Jocelyn at 9:55 PM

I never worry much about mice and ferrets, but a big 'ole spider crawling across my giant pregnant belly circa 1995 could make a girl piss her pants.

Dude. Who crapped on your cupcakes?

"Plus, sometimes, even in icy conditions, she exceeded the speed limit."

a beautiful aside, and a terrifically relevant detail.

So when did the ferret poop on the cupcakes?

Maybe it was only helping you better understand Ackerman's Natural History of the Senses.

I am a big fan of horror movies and I can easily see your story adapted and made into one great horror hit.

I am not a fan of the ferret either - evil little buggers with sharp teeth. I hope the wolf got it in the end.

BTW Lift and Lube sounds like fun. Or maybe I'm just a pervert.

The free adjustment was a very nice touch...can't say I really mind ferrets THAT much...

I heart ferrets. I just can't stand the smell. Well, I can long enough to cuddle them, but then someone else must take them home so the smell in my house doth not linger.

And someone pooped on your dessert. Damn ferret. Is it bad they still look kinda yummy??!

Oh god! I'm supposed to be revising a report here. It shouldn't be making me giggle maniacally... They'll know something is up!!!

Oh, and I just can't visualize you as someone who would be afraid of mice and ferrets and such. I just can't see it.

you know before Chachi met Joannie he was in the special forces stationed in Milwaukee to fight the commies.

why do you think he wore the red bandana around his thigh?

why do you think i italicized the word red? that's right because it's an allusion to commies, just like Grand Moff Tarkin or any of the Lesser Moff Tarkins

why is it that people who own ferrets:

a) are usually the "raving bitch-whore of a psychotic git" or at least "unreliable" type?

b) always claiming they don't bite?

Can we please talk about what's going on with your cupcakes? Seriously. You can't put a picture of poop muffins up and then just PRETEND THAT IT'S NOT THERE.

I've always had good times at the lift and lube. at 19 a friend had a ferret that he would take out when we had parties. I think the key to liking ferrets is to be drunk.

The cupcake frosting is EXACTLY the look of what the Evil Fur left lying all around the house, on furniture, the stairs, etc.

It was so gross I couldn't even eat cupcakes when we made them.

Which, yes, makes no sense.

Darn, now what do I do with the ferret I bought you for your birthday?

When I spotted the poo on the cupcakes I knew I was in for a treat!

Jocelyn,
For bravery in the face of ferrets and other accomplishments, I have an award waiting for you. Please come over to collect it.

I'm told that ferrets make great pets, but I can't say that I'm overly keen myself. I think you made the far better choice!
Cheers

another thing about ferrets is the miasma created by their peculiar malodorous presence. PU! just lends to the evil air.

One of my girls had a teacher that owned a ferret and would bring it in every once in a while. Of course they begged for us to get one too. (Idiot teacher!)

I'm sooo glad I was the mean mom and told my girls (and their father) NO. Stinkin' things...

Those are the most disgusting cupcakes I have ever seen.

And this story is exactly why I don't have ferrets. That and they stink like butt.

When Tom and I were dating and the first year of our marriage we had ferrets. That's right, plural. But we also had a cage!
They're cute little boogers, especially when there's two of them and they play together. Funny that the Jaws theme played... we used to call them our little carpet sharks!

I have never been so glad to have been from the East Coast/never lived with stoners, who are the only people I remember keeping ferrets as pets. Except for the Beastmaster, of course.

LOL!! Ferrets are VERY clever and extremly persistent.
Good thing you made it to the lube place...we might have never met!

OMG, this is too funny! (If only whomever wrote that Jaws theme knew how many times it played over in people's minds!!!)

Did the owner not stoop and scoop the poop?

My husband's roomie had 2 bushbabies who would appear various places at night..(being nocturnal, it's not too weird...for THEM!)including in the bathroom ON the shower curtain...as well as in the bedroom voyeuring extra-curricular activities! I don't know why they became used to my screams!!??

You make me giggle.
Although I thought you may have been talking about a succubus at first.